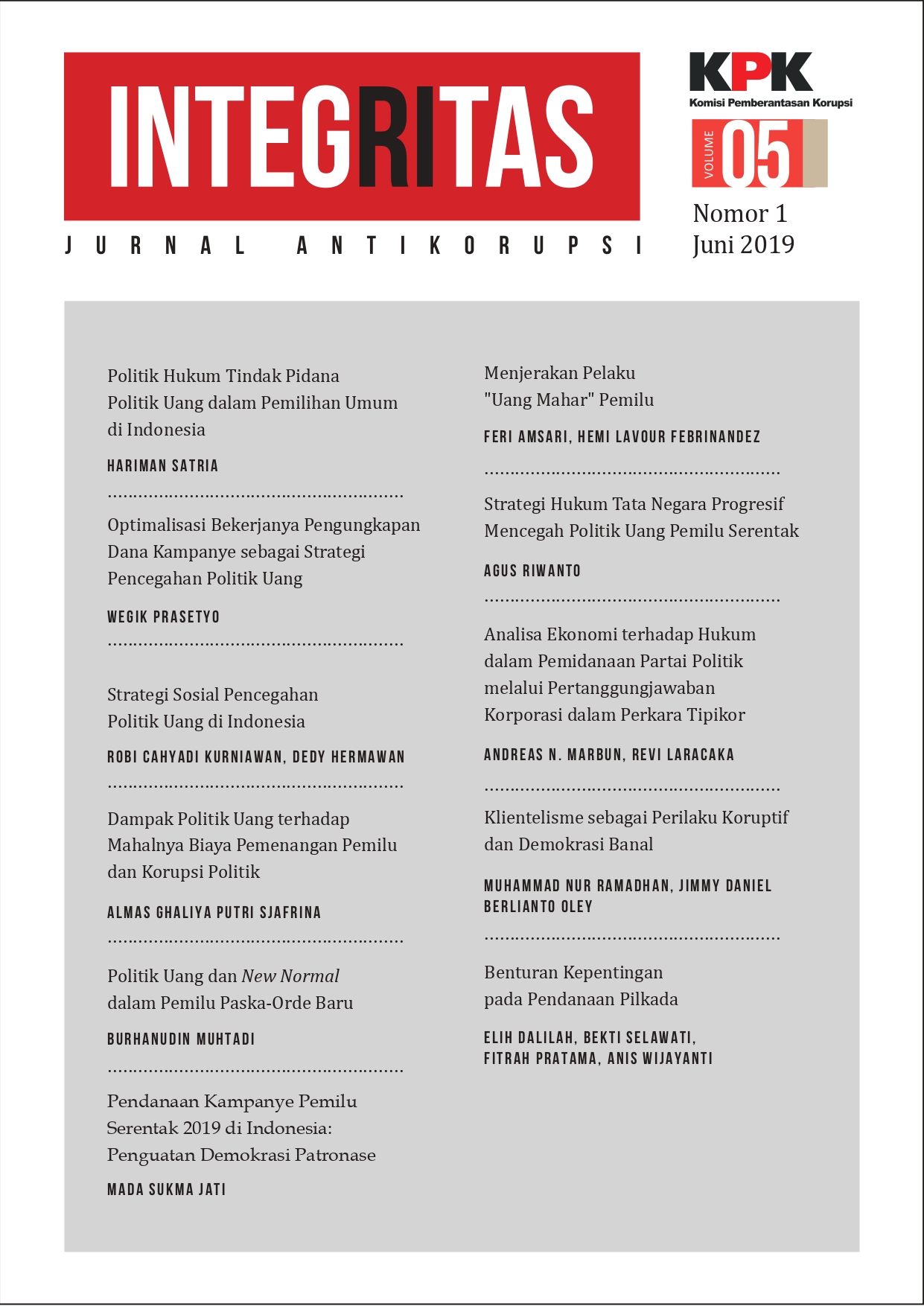 â€œUang Maharâ€ (Dowry for Candidacy) as a condition to be nominated by the party has damaged the purpose of the election. The resulting government tends to be corrupt. So, the prevention of dowry money practices in elections is very important. Efforts to stop it cannot rely on voters by suggesting they do not choose corrupt politicians or who use money politics. Voters tend to be permissive. Corruption perpetrators are often forgiven in elections by choosing them once again, especially politicians who practice dowry politics. The entrapment of the dowry perpetrators is to eliminate their political rights, whether the right to vote or the right to be nominated, and apply more severe penalties to the perpetrators. This method is considered capable of changing the practice of dowry politics in Indonesian democracy.